Podding along: Is the Royal Navy doing enough to forward?

Harry Lye
With politicians and officials discussing the challenges of the grey zone and defending underwater critical national infrastructure, buying the ships should be an absolute priority. At this point, the programme remains in the concept phase.

At DSEI in 2021, Then Second Sea Lord VAdm Nick Hine spoke of the importance of the Royal Navy thinking differently as he outlined the Navy PODS concept and said the service needed to further in its transformation. One year on, has that happened?

Speaking at DSEI, Hine said: ‘We are already introducing and valuing these themes in some of the emerging classes including: the T26, the T31 frigates and they will be fundamental attributes expected in any future ship procurement. But we do need to go further – this is about a first principles approach to delivering platforms and capability.

‘We have traditionally associated them as one and the same – but why? Because the capability – the missiles, the sensors have always been hard wired, fixed into the ship. The refresh rate for our capability does not support an agile and adaptable response to threat so they have become fixed in their role and used, inconveniently and inefficiently for other roles when needed.’

PODS or Persistent Operational Deployment Systems would solve this issue by essentially putting capabilities in ISO containers that can be placed on and taken off ships as needed. While much of this ambition is long-term, the RN has laid some groundwork for experimentation, placing contracts and acquiring the XV Patrick Blackett.

While it will likely be a while before PODS appear on the back of frigates, destroyers or aircraft carriers, the RN has already described how its newly bought Damen research ship XV Patrick Blackett will be used to trial PODS concepts. 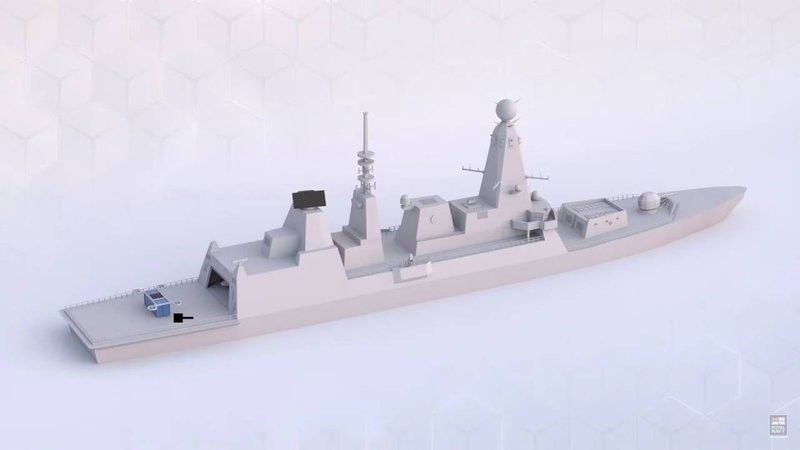 During his keynote, Hine commented on becoming ‘increasingly clear’ that underwater dominance, commando forces and autonomous air were areas the RN must focus on to achieve an operational advantage.

Starting with underwater dominance, delays to submarine refits and programmes have left the RN with a slim fleet to cover the world’s oceans. While on the surface, the UK MoD pledged to have a new multi-role ocean surveillance (MROS) ship in service by 2024; however, it has yet to begin a competition for the capability.

With politicians and officials discussing the challenges of the grey zone and defending underwater critical national infrastructure, buying the ships should be an absolute priority. At this point, the programme remains in the concept phase.

Meanwhile, the RN has continued its experimentation with UUVs under the XLUUV programme and plans to explore opportunities presented by XLAUVs under project CETUS. Under a DASA competition, the RN-owned, MSubs-built XLUUV is being used to trial a range of payloads from companies such as Sonardyne and SEA.

On Commando Forces, the Future Commando Force effort continues at pace and has seen trials with novel emerging technologies such as heavy-lift UAS. The RN has also seemingly finally settled on a plan for its Littoral Strike Groups (LRG) until the emergence of the future Multi-Role Support Ship (MRSS).

Plans will see RFA Argus extended in service and operate alongside the Bay-class LSD(A)s and Albion-class LPDs. This is a good decision from the service purely because it will allow the Navy to retain its afloat role three medical capabilities until a future solution is procured - as reported by Shephard. 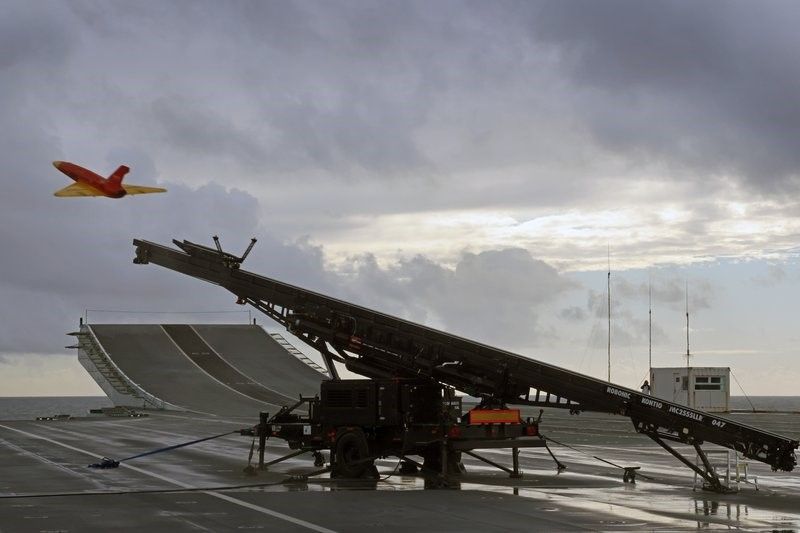 Finally, in its search for aerial advantage, the Queen Elizabeth-class aircraft carrier HMS Prince of Wales has flown UAS from its deck. While Prince of Wales recent mechanical problems have likely affected schedules, the RN had previously announced it planned to trial three different kinds of UAS this year.

In 2021, Prince of Wales launched Banshee Jet 80+ target drones which could be used by the service to allow ships to practice air defence exercises anywhere in the world, not just in coastal ranges.

The stated long-term goal for the RWUAS is to create a long-term replacement for the Merlin-based Crowsnest airborne early warning radar. Proteus trials will also test using RWUAS for dropping sonobuoys to detect and track submarines.

All this work supports the RN’s Future Maritime Aviation Force (FMAA) vision which also sees a future UAS operating alongside crewed fighters in the strike role, swarming UAS and other systems.

It is hoped that uncrewed and autonomous aerial capabilities would allow the RN to augment its crewed helicopters and fighter jets while reducing expenses. Flying a UAS, for example, is far cheaper than using crewed rotorcraft for most aerial functions.

Since Hine’s speech, the global security situation has changed dramatically, yet his assertions remain pertinent. The undercurrent of PODS is an idea of doing more with less; however, with defence budgets almost definitely set to increase under the new government, it should also be time for the RN to expand.

While the government of Boris Johnson committed to growing the RN’s escort fleet, considerations for this should be accelerated. Defence Secretary Ben Wallace has also spoken about revisiting the fleet mix between surface and subsurface assets – while more submarines would be welcome, above the water, the RN is already spread thin.

Hine also said: ‘But we must be honest that which we have delivered reality so far – however successful – has scratched the surface of our ambition. We are modernising but we have not truly transformed.’

The RN remains in this status; with modernisation and experimentation laying the groundwork, transformation is possible but yet to occur.

With politicians and officials discussing the challenges of the grey zone and defending underwater critical national infrastructure, buying the ships should be an absolute priority. At this point, the programme remains in the concept phase.
Loading